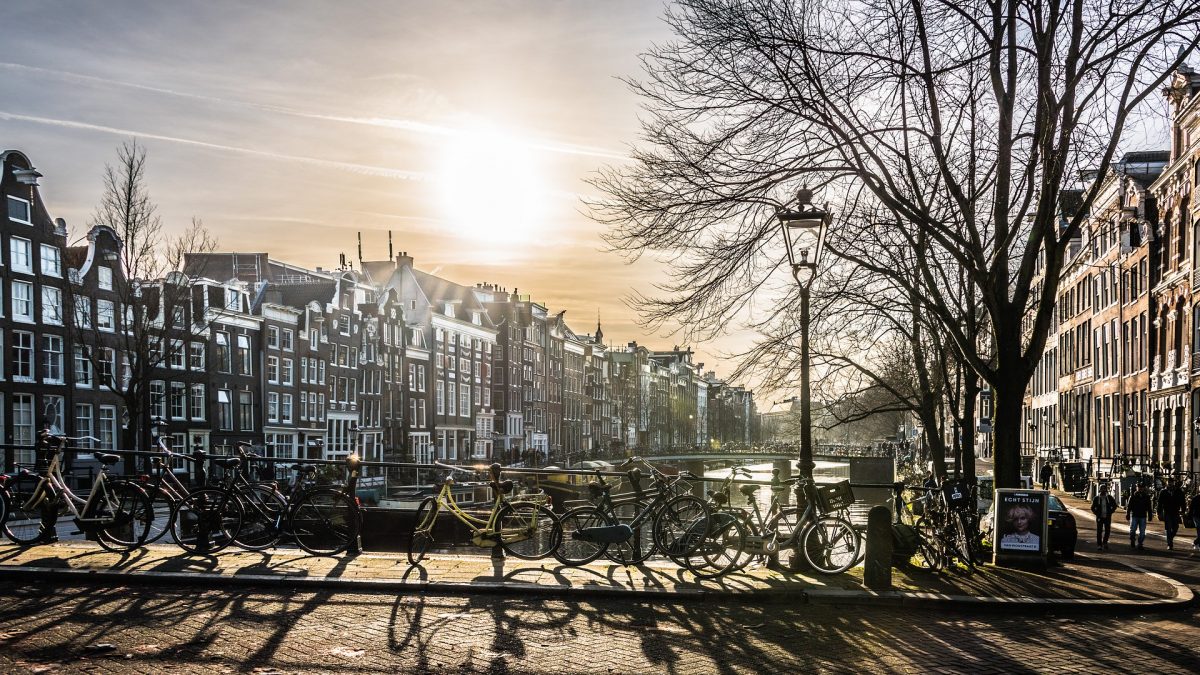 The municipality of Amsterdam is looking for new ways to incorporate direct democracy into its fight to cut carbon emissions. Its Amsterdam Climate Accord sets out a goal of reducing CO2 emissions by 95% compared with emission levels in 1990.[i] To achieve this, the city plans to focus on its buildings, traffic and electricity sectors.

The accord is particularly innovative because of its focus on cooperation between the relevant actors and encouraging and empowering citizens’ initiatives. It aims to bring citizens, start-ups and other companies and public institutions together, to find sustainable solutions that work for all.

The history and geography of both the Netherlands and Amsterdam mean that the consequences of anthropogenic climate change cannot be taken lightly. However, they also make a rapid and just transition to renewables challenging.

The whole of Amsterdam, along with almost one third of the rest of the country, lies below sea level. The 1953 flood, which led to the deaths of 1,836 people, persists in the county’s collective memory.[ii]  More recently, but less well-known, we saw what happens when a dyke breaks: in Amsterdam-Noord the whole of the Tuindorp Oostzaan neighbourhood had to be evacuated in 1960 when the neighbourhood was flooded in mid-January.[iii]

Amsterdam has more than 850,000 citizens, and this number is constantly growing. As well as reducing its current carbon emissions, the city therefore needs to encourage sustainable development. For example, only 13% of its buildings are currently connected to district heating – the remaining 87% are all heated by fossil fuel gas, a major source of CO2 emissions. Globally, buildings, both residential and commercial, generate nearly 40% of annual greenhouse gas emissions.[iv]

If Amsterdam’s CO2 emissions in 2050 are going to be 95% lower than they were in 1990, all of its buildings will need to be carbon neutral by then. The city has also calculated that it will need to stop using gas for heating by 2040.

The electricity network also needs to be expanded and adapted, because electricity plays such a major role in renewable energy. Electricity generation is currently responsible for around 51% of the city’s total emissions, but only 6% of it comes from renewable sources.[v] To help turn this around the city aims to install one million solar panels and six wind turbines by 2022.

In order to achieve these ambitious goals, the municipality needs to secure and allocate the necessary resources, and stimulate effective cooperation between community initiatives, companies and its public institutions. This very much includes using the city’s collective knowledge and creativity by reaching out to and encouraging the active participation of the population. There is no one-size-fits-all solution but – by providing citizens with more autonomy – localised solutions can be developed that focus on the needs of those most affected by them.

A €150 million Climate Fund has been made available to fund transition initiatives and to make sure that residents are not unfairly burdened with the costs of meeting the city’s climate goals[vi] – the planned energy transition is firmly based on the principle of climate justice, meaning a fair distribution of the costs and benefits, open access to the decision-making process for all, and fair chances for all in a changing labour market.

Building construction is already required to be mostly energy neutral (as of 2019), and existing buildings will progressively be switched from fossil gas to renewable energy sources. In 2016, a city deal was set up to foster this transition: in 20 different neighbourhoods, partners – including the municipality, social housing corporations, energy companies and citizens – came together and are now working on alternatives, resulting in projects in three neighbourhoods by 2019.

Subsidies and free advice are available to people wanting more energy efficient homes and to those wanting to generate their own sustainable electricity from solar panels on their roofs. Switching to electric transport is also being encouraged by making charging stations available, and air pollution will be tackled through the creation of special traffic-free and environmental zones. At the same time, the port of Amsterdam and the city’s industry are working together towards becoming carbon neutral and operating as part of the circular economy by 2050.[vii]

The city of Amsterdam wants to cooperate with its citizens to make the city carbon neutral, but bureaucracy can sometimes stifle citizens’ initiatives and grassroots solutions. The municipality aims to do just the opposite by freeing up space and resources for citizens to help decrease carbon emissions. The following examples demonstrate the power of civil society solutions, showing what can be achieved when municipalities like Amsterdam successfully encourage citizens’ participation in the journey towards more sustainable cities.

The Repair Café started in 2009 as a citizens’ initiative in a neighbourhood in West Amsterdam. It has since been replicated around the country and beyond, with more and more Repair Cafés opening.[viii] These cafés are based on the principles of skill sharing and empowerment. Anyone can come with items that are broken, from kitchen appliances to bicycles, so that they can be fixed free of cost. An expert is present to help visitors with the repairs, but the focus is primarily on teaching people to do it themselves. These skills can then be transferred and taught to others, sharing skills with many more people, not just the visitors to the cafés.

The cafés help to reduce individual carbon footprints through waste reduction, challenging the ‘throw away culture’. They serve as an educational space that is accessible to all, combining raising awareness about the consequences of consumer culture with practical advice and solutions.

The city’s planned transition to renewable energy is being supported by 18 schools in New West. Working together, they have installed 6,000 solar panels on their roofs. The schools now generate around half of their energy from solar power, which is comparable to the yearly energy consumption of 500 homes.[ix] The schools made use of the city’s Sustainability Fund and solar subsidy to help finance the project. The municipality actively supported the initiative and is committed to helping more schools achieve similar solar outcomes. Apart from reducing CO2 emissions and energy costs, the project has been used in classes to raise awareness about renewables and educate students about sustainability. There are many more examples of solar initiatives in Amsterdam, some of which can be found at nieuwamsterdamsklimaat.nl/ – and hopefully there will be even more to read about by the end of 2020, since this year will be the ‘year of the sun’!

Besides encouraging more people to walk and cycle, the city aims to make public transport more sustainable and accessible. GVB, the company responsible for most of Amsterdam’s public transport, is committed to ensuring that all their buses are electric and all their ferries are either completely electric or hybrid by 2025.[x] From a civil society perspective, people are working towards climate neutral mobility in other ways as well. With the app ‘RingRing’, for instance – an initiative from the citizens of Ijburg, part of a borough in East Amsterdam – cyclists can earn local coins for every kilometre cycled, which can then be used in local stores and other local initiatives that are affiliated to the scheme.

Another initiative, started by the cooperative MeerEnergie, aims to utilise the waste heat generated when servers in data centres are cooled. For example, the water used and heated by the cooling process in the data centre in Amsterdam’s Science Park is enough to provide heating and warm water to over 5,000 homes. To facilitate this, the municipality has invested €11.2 million in the creation of a heating grid that will allow 1,650 homes in the Middenmeer to switch away from fossil gas and use this residual heat instead.[xi] Cost and the disruption caused by the instalment of the heating grid are being kept to a minimum as they will coincide with the already planned renewal of electricity cables and part of the sewage system.

This is a good example of the benefits of cooperation and communication between the municipality, energy companies and local residents. There are more examples too – in West Amsterdam (the WG-terrein compound) and South Amsterdam (in Gaasperdam) for instance. In Gaasperdam, a local initiative – Gaasperdam Groen Gas – is developing a local solution to becoming climate neutral by partly retro-fitting the whole neighbourhood and partly organising a biogas installation, which will be fuelled by households’ faecal waste, and owned and organised in a cooperative way.

Amsterdam still has a long way to go but the city has realised that much is possible when government and citizens work actively together. Residents are aware of the urgency of the current situation and the importance of reducing carbon emissions, and when they are given the autonomy and financial support needed to participate actively in working towards this goal, creative solutions are found that are effective and inclusive. Citizens are not only on board with the municipality’s climate plans, they are leading the way towards a more sustainable city.

Nathalie van Loon is project lead of the national Warmetruiendag (Warm Sweater Day) campaign, the biggest climate action in the Netherlands celebrating the first worldwide climate treaty (Kyoto) and organising over 2.5 million people in the past years to work on saving energy and a sustainable energy future. She also works with the municipality of Amsterdam on democratisation, supporting the “Commons” through citizens’ initiatives.

This blog article is co-created by Lukas Toedte and part of the mPOWER blog series in which cities and towns share how they are building better energy futures. 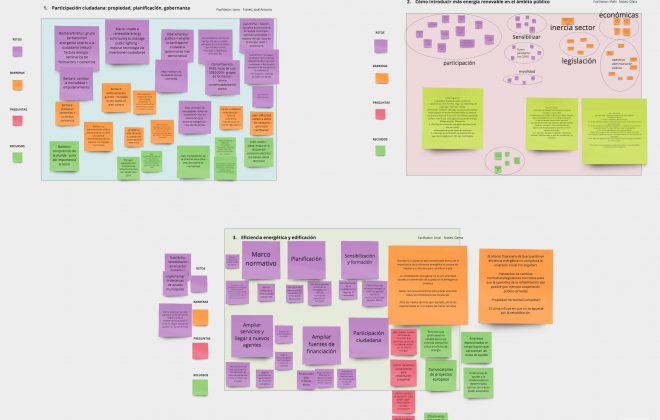 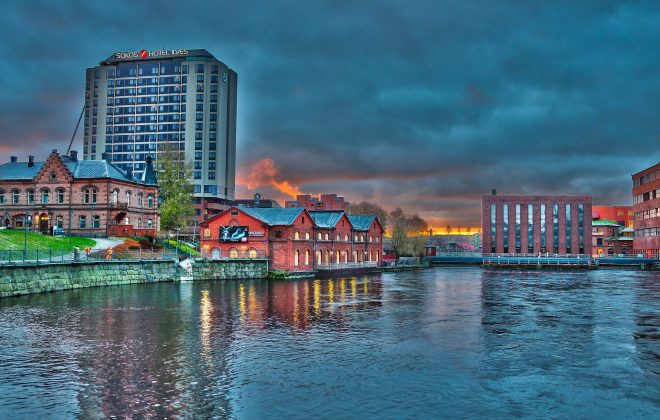 Tampere: engaging housing co-ops and residents in the drive towards carbon neutrality 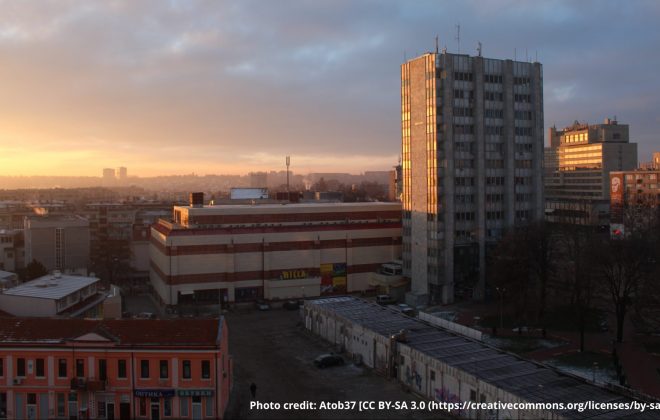 How Dobrich is Pioneering the Energy Transition in Bulgaria