The Croatian city of Križevci is becoming a national pioneer in the fight for clean energy and against energy poverty. Located not far from the capital Zagreb in central Croatia, the municipality is home to about 21,000 people, half of whom live in the city itself and half in the surrounding rural areas. Križevci is the first Croatian city to implement a crowdfunded renewable energy project, an endeavour that has made it a beacon in the country, with many others now looking at how to replicate the success story.

In 2018, Križevci inaugurated a fully crowdfunded solar power plant. Located on the roof of the city’s business centre, it has a capacity of 50 kilowatts and is expected to save around 55 tonnes of carbon dioxide per year. The solar energy it produces will mostly be used to power the business centre, and the surplus will be fed into the municipal grid.

The story of how Croatia’s first crowdsourced renewable energy power plant was created is truly inspiring. It started with the energy cooperative Zelena Energetska Zadruga (ZEZ, or Green Energy Cooperative in English), who had the idea and led the project throughout the process, providing expertise and the solar equipment on lease.

ZEZ worked closely with Križevci’s municipal administration, who held two public information sessions for residents and actively communicated the project in the local media, making sure citizens are on board. Due to the high enthusiasm for renewable energy among Križevci’s residents, it took only ten days to crowdfund the necessary €30,000. The investment is treated as a ten-year loan with 4.5% interest rate paid to the citizens annually. After ten years, the power plant will be fully owned by the municipality.

The project is so successful and popular with residents that it is already inspiring new ideas. In the first half of 2019, Križevci’s municipality built another solar power plant, on the roof of the public library. And there is a lot of scope for future projects: learning from ZEZ, with whom they partner in the COMPILE project, Križevci has now created its own energy cooperative, KLIK. KLIK was founded on 5 March 2020 and, among other projects, will connect Križevci’s solar roofs to a micro-network based on blockchain technology. Eleven local founding members were present at the launch meeting, with the expectation that many more will join.

Križevci is also active in the fight against energy poverty. In an innovative pilot project in 2016, the administration trained 13 long-term unemployed residents as energy advisors. In this capacity, they visited households struggling with energy poverty and supplied them with equipment that would help them save energy, such as LED bulbs, window seals, extension cords with switches and water pipe and shower-head extensions to reduce the water flow. They also advised the households on easy-to-implement energy-saving behaviours. As a result, each of the 508 households was able to save approximately €70 or 30 kWh annually, leading to a reduction of 16,519 tonnes of carbon dioxide emissions per year.

Cycling for a greener city

In the area of traffic, Križevci is working on increasing the popularity of bicycles. Since 2014, around 8.5 km of new cycle lanes have been built and a number of old ones restored (through EU projects BA Biking and Cyclo-net), with the aspiration to build more. There are also plans to introduce a public bicycle hire system in Križevci in 2020. A local NGO is also active in promoting cycling among the city’s residents.

Furthermore, the administration is renovating the facades of old public buildings and insulating them so that they become more energy efficient. To do so, the municipality has started a financial cooperation with the National Fund for Environmental Protection. They are also replacing old light bulbs with LEDs in rural areas of the district to increase the energy efficiency of its street lighting.

The city is pursuing plans to put geothermal potential to use, switch to geothermal heating for public buildings and possibly even use it for spas and wellness centres ―studies have shown that Križevci’s geothermal water has good balneological qualities. In the last few decades, there have been many studies using an existing borehole (“Kž-a-1”), which is currently not in use.  In January 2020, the city administration and the local utility company Komualno poduzeće d.o.o. received a concession to explore the geothermal waters in the surrounding area for the coming five years. This should provide exact figures to inform exploration possibilities. Experts advised that there should be at least one more borehole, so plenty of work and finance are needed. The city is also a partner in the Interreg CE project HealingPlaces, which aims at a more sustainable development of spas by protecting the unique resources that constitute their basis. The project, which will last until March 2022, is very valuable for Križevci because it looks at the healthiness side of geothermal exploration.

Križevci can be considered a frontrunner in terms of citizen engagement in the energy transition. Since signing up to the Covenant of Mayors in 2012, the administration has been working on a green strategy that actively includes residents. It has set up an energy management office that is open to anyone to ask questions, seek advice or information, and share ideas with the municipality. Every Tuesday, the mayor meets with citizens to discuss energy topics.

Križevci is working towards an inclusive and democratic energy transition. The restraints the city faces are financial and legal in nature, and a lack of human capacity. Financial restraints can be partly solved through creative finance mechanisms, such as the crowdfunding initiative that led to the solar power plant. Legal problems include Croatian legislation not being favourable towards citizen participation in the development of renewable energy. Obtaining permits is difficult and takes time.

But Križevci has shown that it is nevertheless possible for Croatian cities to generate renewable energy in a democratic manner. The newly founded cooperative is the best proof of that, together with the power plant which is now providing the business centre with clean energy. ZEZ reported that the project’s main aim was to encourage the development of small solar projects all over Croatia – and Križevci is definitely a great inspiration.

Lucija Topić is a Construction and Spatial Planning Advisor within the City of Križevci. Most of her work is related to spatial planning, cultural heritage protection, green infrastructure and public spaces. For the last two years she has also been working on different EU-funded projects regarding renewable energy system usage and Križevci’s energy and climate vision.

Danijel Šaško is Deputy Mayor of the Križevci and an electrical engineer by vocation. His social engagement began at local NGO K.V.A.R.K., where he ran the city’s wireless Internet network. As a passionate cyclist from an early age, he is one of the founders and president of the Križevci Cyclists’ Association (KUB). He also holds automation (robotics) workshops in the Communities of Technical Cultures of Križevci.

This blog article was co-created by Josephine Valeske and is part of the mPOWER blog series in which cities and towns share how they are building better energy futures.

Komotini’s plans for a climate-friendly future 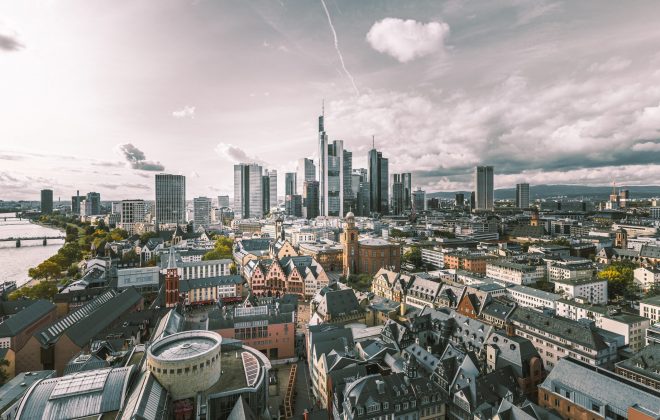 “There were evenings when we almost gave up.”